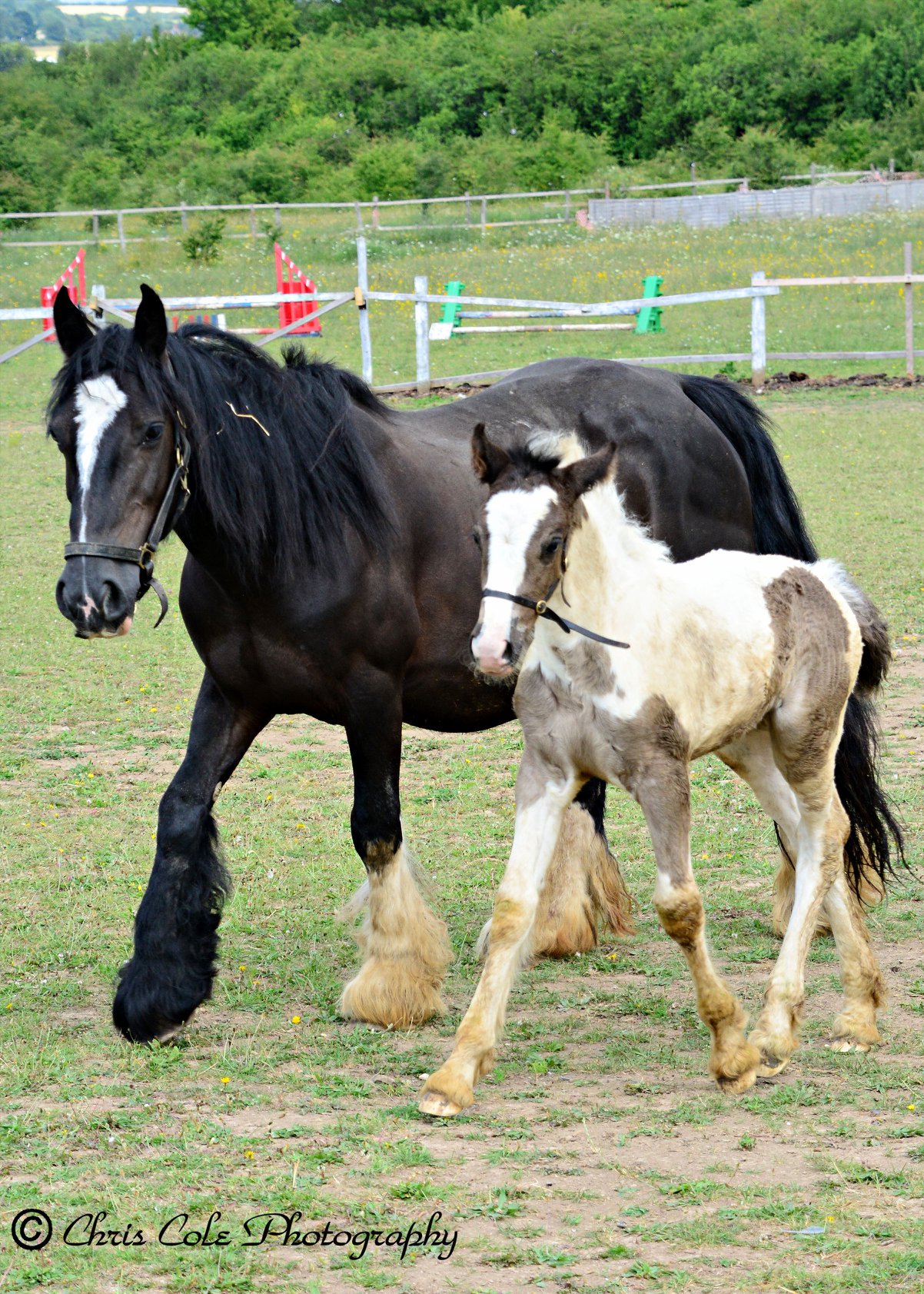 “Well ladies, have you heard the news?” Magic asked as she trotted over to the group

“ And what new would that be, lassie?” Crystal asked as barely looked up from her grazing.

“Apparently the humans will be coming out of box rest next week.” Magic said.

“Auch aye, really!” Crystal dismissed. “They are lot who seem quite content in their box rest. And to my mind, they should stay there.”

“And here I thought you liked to play with the humans,” Magic replied with twinkle in her eye.

“June! Calm down and don’t be so bold!” scolded the little girl’s mother, Annie. “So how did you come about this information?”

“I heard it on radio. Apparently the Prime Minister is letting them out,” Magic told them.

“I wasna aware that they were in!” Crystal scoffed.

“Crystal,” Dora said as she turned around, “just because our humans weren’t in their box doesn’t mean the rest weren’t. Our humans are sensible.”

“Our humans,” Magic continued, “have been staying here. You know that there are few missing as well. So box rest has been used.”

“I wonder how they have been on box rest?” Annie asked.

“That’s when you have to stay in your stable and be a good girl. Obviously the humans haven’t been good,” Annie explained.

“I’ve heard that there has been a … pandemic, and that’s why they are one box rest,” Magic said.

“Don’t be blaming me,” Dora declared.

“I said ‘demic’ not ‘Dora’, Pandora. Please stay with the conversation,” Magic admonished.

“So is this ‘demic like what? Colic?” Crystal asked.

“No, I think it is like…,” Magic looked around carefully before whispering, “laminitis.”

The mares pulled back in horror and quickly looked to check on Dottie. “How can you say such a thing when she is so close by?” squeaked Molly quietly, her broad American accent hushed with anxiety.

“But it must be true,” Annie whispered back. “They’ve been gone for so long! June, do not say a word,” Annie admonished.

“But what is…” the child asked.
“It’s the curse,” Pandora told her with wide eyes. “It kills people.”

“Only because our humans care so much. Don’t be bringing it up because it worries her so,” Crystal told June. “Now you be a good girl and go play with Callie and Rosie.”

The mares watched as the filly trotted off happily to play with her friends who were now smaller than she was. “That child is growing like a weed, Annie. You’ve done well,” Magic said with a smile.

“She’s a handful. Simon is trying to teach her to walk like a lady and she’s having no part of it. Callie and Rosie are as bad as each other. She is such a bold girl. I’d hope that she would settle soon.” Annie slowly shook her head.

“June is young yet – not even a yearling. She will learn,” Molly told her confidently. “And they’re letting y’all keep her. Not many mommies get that!”

“But for how long?” Annie asked warily.

“If it’s Kimberly, then forever. I can tell you, she’s like that,” Magic told the nervous mother. “For that matter, as long as June is here, you will be as well. Kimberly I don’t think likes to break up a family. She still has her colts and they’re well into their years.” The mares all agreed and began a promenade around the field.

“How do you think the box rest has affect them?” Molly suddenly asked. “Will they be unfit?”

“Can’t see how that could be since they keep escaping their boxes,” Stanley said as he popped he head through the hedge. “Hi Molly!”

“He’s around,” Stan told the Alpha Mare. “I think they need a salt lick. That would keep them home.”

“Or a treat ball,” came a deep voice with a touch of a French accent from the hedge.

“Grooms are my favourite food,” Tango said with a smirk.

“Tango, Grooms are not food,” Charlie told him sternly.

“I don’t think treat balls are the answer, Charlie. I think the humans need better grooms,” Magic told him. “Our grooms are very watchful and careful about us. I am glad they care for us so deeply.”

“It is a shame that humans don’t have them,” Charlie agreed. “They are walking all over our paths with not a clue or a reason. They just wander here and there and everywhere. I wish we had a way of contacting their Handlers.”

“Oh dear!” Pandora cried. “I wonder if our Handers have been on the dreaded box rest, too!”

“Our Handers are too smart to be put on Box Rest,” Ben declared.

“Aye,” Crystal said. “They must all be getting ready for their H-Levels.”

“It is spring and H-Levels happen like clock-work,” Pandora agreed.

“Hoof levels,” Henry explained. “Every year our Handlers go off and get examined. If they are really good, then they come back as Grooms.”

“Is that like what they do with us?” Annie asked. “Do they give them a jab too?”

“I think so,” said Stan. “They are always saying how painful it is.”

“Can’t be anything else then,” Magic declared. “Mr Charlie, I shall be taking my ladies to the other end of the field. We wish you good day.”

“How quickly you forget your wife!” Dora scolded in an mean-girl voice.

“Non! Je n’oublierai pas!” he angrily replied. “I will never forget my love! Come lads, let us leave these harpies!”

As the men galloped off following their leader, Magic looked disappointingly at Dora. “You should not have said that. He will never forget her, nor will he ever stop loving her. That was very rude and you know it.”

“I suppose I should apologise next time I see him,” said Dora realising her gross misstep and remembering her manners. “I think you are right. We need our Handlers and Grooms back. We all need some love.”

“Our humans have been trying,” Molly said.

“And they have been doing a good job,” Dora declared.

“I do think that it will be good for them to come out of box rest,” Magic decided. “Those that haven’t been escaping will be a touch unfit. We will need to be careful with them.”

“I do so hate when they fall off,” Bella added.

“Gracious!” Annie said as she stepped sideways, “How long have you been there?”

“Long enough to watch you oogle Charlie, and Molly to flirt with Stan. I watch everything.”

“But you like to buck them off,” Annie told her.

“I just like my clothes to fit,” Bella told her.

“Amen sister!” Molly agreed as she trotted past the small Shetland.

“Back to the point at hoof,” Magic redirected, “are we agreed to careful with the humans this week and next?” The mares agreed and Magic continued, “Their box rest has been hard on them. Some will not be happy as they may have had someone go over the Rainbow Bridge. If this is case, be extra gentle with them. Some of them will be tired as their yearlings will have been as bad as June – and we all know how tired Annie is. So be kind to the humans – no kicking, no biting, no pushing them against the wall.”

“But what if they want to overly love us?” asked Crystal warily.

“Be glad they are here to do that. Some horses are not so lucky as to have their humans come back.”

As the mares walked back towards the gate, Magic came along side Annie, “Sweetie, do you think there is any chance you could get June to stop rolling in the dirt?”

“Not a chance,” Annie told her with a sly smile. “But it does mean that we could get a bath too….”